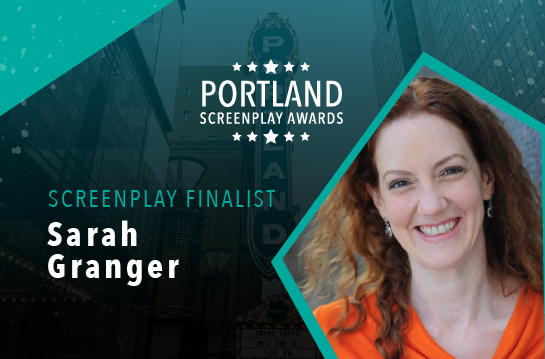 Where do you live?

Where did you come up with the concept that just placed as Finalist in the screenplay contest?

The Pain-Free Day is a story about a mother with chronic pain trying to reconnect with her teenage daughter. It’s fiction, but the mother character’s experiences with pain and parenting come from my own experiences. One day when my daughter was twelve, I had this realization that when she got older, if I wasn’t careful, we’d lose touch. So I envisioned a family not too dissimilar from mine, with a fifteen year-old daughter, and what that situation might be like. I think it’s important for people to learn more about what living with chronic pain is like and what it’s like to be a parent or caregiver who has pain or other types of invisible disabilities. We don’t talk about these things enough and we haven’t seen a lot of examples in film and media.

How long did it take you to develop it into the screenplay it is now?

I’ve been revising it over a couple of years, but it took a couple of weeks to write the first draft.

I generally start with an idea and write a brief outline where I want the story to go, then I write it. Sometimes I’m more precise about outlining each scene first, but I tend to do that more in my scripts that involve true stories or science / facts where I need to be sure I get those right. Then after the first draft, I print it and let the script sit for a while. Then I’ll do 1-2 rounds of revisions before sending it to a few trusted readers. Then more revisions. Then depending on the feedback I receive, I send it out after that.

I started writing plays and then screenplays in college. I came back to it in 2017. I’ve always loved the craft. It was less about screenwriting as a job and more about the beauty of the form on the page and how it’s translated to film. I think the summer in college that I spent in London studying British film, theatre, and culture really was when I had the a-ha moment for screenwriting. I had written several plays, then studied Kenneth Branagh’s films and that inspired me to enroll in screenwriting the following semester. Plays seemed simple and straight-forward, but the idea of writing for film as a more complicated medium intimidated me at first. And the idea of moving to L.A. and trying to make it as a screenwriter scared me, so I went into tech instead, where I felt more comfortable.

After my dad died in 2011, a lot of people who knew him told me they thought someone should tell his story. He got polio in the 1950s in a small town in Kansas, spent a year hospitalized, much of that in an iron lung, then had his arm and part of his upper body paralyzed. Around the same time, my grandparents’ truck stop was destroyed by a tornado. I just saw all of that as a story that needed to be told on screen – so many significant visuals. He went on to college and law school and became a successful class action attorney on some groundbreaking cases. So once the grief had passed, I set out to research and write his story in 2017 – that’s when I got serious with screenwriting.

George Lucas, Tom Stoppard, Lawrence Kasdan, Emma Thompson, Aaron Sorkin, and Emily V. Gordon. I’m drawn to witty dialogue and personal stories that are meaningful, often with historical context or science woven in. I like smart, nuanced subtext and complex relationships. I’ve gotten something different from each of these writers / filmmakers, but feel very connected to their works.

I think of the term ‘obsession’ as a pretty intense one, so I don’t think I’ve ever gone that far, but I’ve definitely followed characters’ stories with an attachment and re-watched favorites over the years because of that. I remember the anguish as a kid of waiting to find out what happened to Han Solo and I was also a big fan of Dallas, following the stories of Pam and Bobby. I’m a sucker for star crossed romances, so I tend to gravitate to those stories. As an adult, I loved Sweet Home Alabama, The Abyss, Twister, and The English Patient as films and Sex & the City and Alias as series because I wanted those characters to end up together. More recently I’ve gotten into Outlander. The two sci-fi scripts I’ve written to date have star crossed lovers as main characters and I would love to see them brought to life.

I’m a huge Star Wars fan. It influenced me as a child and broke new ground in terms of storytelling, characters, special effects, and as a cultural phenomenon that led to so many changes in filmmaking.

So many! Sticking with Star Wars, I thought it was brilliant how R2D2 was so expressive without words and with minimal gestures, presented in the reactions of others around him. He’s a robot, a hacker, a loyal companion, and a comedian all rolled up into one.

I got to spend time with three of four of my grandparents, but my dad’s father died when I was only one year-old. So I think if I had to choose, I’d like to talk with him. I’ve written him as a character in one of my screenplays – the one about my dad — but it’s all from stories I’ve been told. He was brought up by five men – his step father and his step father’s brothers. I think that would be interesting to hear about. More than that, I’d just like to see and hear how he talked – his expressions, his voice.