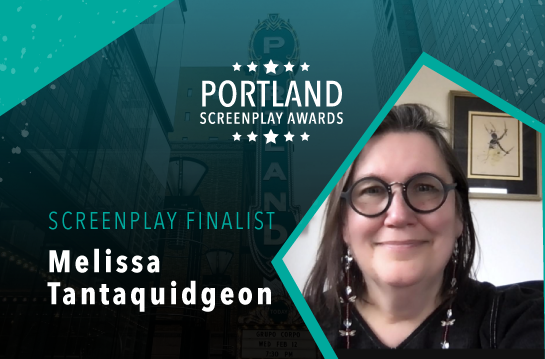 Where were you born?

Where do you live?

And what’s your hobby?

Where did you come up with the concept that just placed as Finalist in the screenplay contest?

I am the mentee of a woman who was mentored by my script’s protagonist. I learned much of her story through Oral Traditions. This is the true story of Fidelia Fielding/aka Flying Bird 1827-1908, the woman who saved the Mohegan language against all odds.

How long did it take you to develop it into the screenplay it is now?

I started this script as a novel but it felt dead on the page, so I turned it into a screenplay and BANG! I am passionate about this subject and currently working on preproduction grants for the film.. But I am still looking for a compatible producer.

I was a novelist and a director asked me to write a script, so I did, and I’ve been hooked ever since.

Taika Waititi & Sterlin Harjo are my biggest influences.  Taika’s ability to share indigenous communities in all their beautiful complexity is something I’d like to borrow.

I’d talk to Fidelia Fielding, the subject of my film and see what she would change in this story of her life.