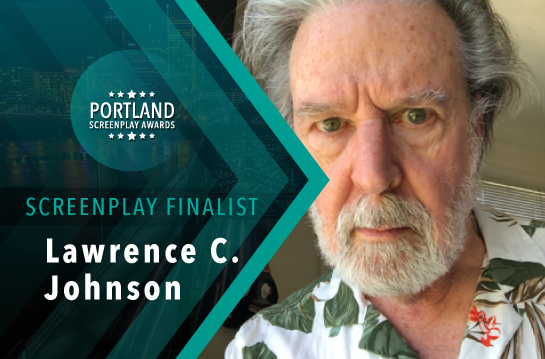 Lawrence C. Johnson. Born in Pomona CA. Live in Portland OR. I have no hobbies.

For a few years I belonged to a Christian church. I started to wonder what Jesus would have said or done if he returned to earth today. I’m sure he would have been enraged that men have plundered his “house” and distorted his message. It took about 4 years (with time off for good behavior) to develop the idea and write the pilot.

When I was twelve, but first I focused on directing films, did that for fifty years. Now I would rather do something creative while sitting on my ass.

Jean-Luc Godard, Luis Buñuel, Federico Fellini. I like how they write and film dreams and use reality metaphorically. Godard doesn’t write story, he writes ideas.

The Leftovers. It looks at a theme I’m obsessed by: religion as a symptom of trauma.

When Godard’s Weekend came out. I abandoned my friends at Malibu beach and hitchhiked north without my shoes. I was going to start a new life as Jonathon Harker. Why I picked that name, I don’t know. Maybe I was looking for a foursome with beautiful vampires! True story.

Zampano in La Strada. Anthony Quinn portrayed a man without self-knowledge but who senses he is alone in the universe.

Luis Buñuel during the 1930s in Paris.