Creation of an Antagonist, Nemesis, or Villain is quite simple … or is it?

Before we dive into the nitty gritty details of how to create the perfect antagonist, nemesis, or villain for a screenplay, there are certain misconceptions that demand clarification.

●  Differences between a villain, antagonist, or villain.

●  Screenplay vs script; How different are they? Which describes and depicts a story in the most presentable form?

It is an established fact that all screenplays are scripts. However, all scripts do not have to be screenplays. Script is an integral component of any and every form of entertainment that demands a plot, a storyline, and dialogues. Although a script is a powerful entity itself, it still lacks the finishing touch that is required to fill the involuntary and evident gaps in a story when displayed on a television screen. Hence, the formation of screenplay(s) happened for the sole purpose of developing a systematic and fluent representation of a

Script for a Screen.

The term villain comes as a package with a widespread misconception of any and every character which serves as a form of hurdle in the goals of the story’s protagonist. That’s where most of us are mislead. Slight, extremely miniscule yet important differentiations set each of them apart by defining their roles and motives in the story.

“So who is an Antagonist?”

Any character that has the role of the opposition of the protagonist (the hero) is considered an Antagonist of the story.

“How is it different from a Nemesis?”

A Nemesis is a long-standing rival of the protagonist; also known as an arch-rival.

“But aren’t the aforementioned definitions valid for a villain too?”

Yes, indeed. However, a villain is all of this combined with an evil intent to harm the protagonist along with other characters too.

It is extremely important to understand the points of difference between these three to thoroughly understand the screenplay treatment of such characters.

Now comes the in-demand question: How simple is it to create an Antagonist, Nemesis, or Villain?

Considering that acting is one of the fundamental components of Performing arts, it demands a great deal of effort in the amount of thoughts that are invested in developing the perfect screenplay for a performance. According to a number of screenwriting critics, the establishment and development of a convincing and demanding protagonist should be the foremost priority of a story. Similarly, screenwriters should at least invest half (if not the same) amount of effort to formulate a convincing individual that has the capability to stand tall against the hero. Another major misconception in the field of screenwriting is that the creation of a challenging and demanding opponent against the protagonist can steal the limelight off the hero which can cause irreversible damage to the story.

However, it is observed that the most successful villains, nemesis, and antagonists consisted of detailed backstories, defining character arcs, and meaningful connections to the hero. These served as the necessary fillers that had been the elementary difference between a script and a screenplay. Moreover, the critics specifically pointed such screenwriters out to set them as an example for others to follow by calling them the movie magic screenwriters.

Jafar was the antagonist in the movie Aladdin.

Lord Voldemort from the Harry Potter Series is Harry Potter’s nemesis. Throughout the series, he wishes for the downfall of Harry by countering Harry’s “good” with the promotion of “evil”.

Joker acts as a villain in Batman: The Dark Knight Rises.

It is highly likely for an individual to wonder that even after knowing the significant differences between the aforementioned three character types, how to sell a screenplay by incorporating these differences?

Although there is no right way to do it, there are certain methods flagged as best practices for selling a screenplay by the screenwriting critics. These practices have the potential to be labelled as sufficient for the creation of a substantial antagonist, nemesis, and villain.

When in doubt, use the mirror approach. One of the most mainstream yet effective approaches to create a demanding and convincing antagonist, villain, or nemesis is to create an evil copy of your protagonist.

One of the most famous examples of this is Batman Begins. Ra’s Al Ghul, the antagonist of the story was an exact opposite mirror image of Bruce Wayne aka Batman. Both the protagonist and antagonist possessed the same skills, however, their use of skills differentiated them.

2. Developing the Antagonist under the Protagonist

3. Involvement of different characters to strengthen the stories of Antagonist, Nemesis, and Villain

Last but another intelligent way of silently developing your antagonist, villain, and nemesis is by the introduction and simultaneous continuation of another character that acts as an accomplice for any of the three.

Some of the strong examples are:

The Lord of the Rings – Sauron who is the title character and main antagonist of The Lord of the Rings has the evil motives of conquering and ruling the whole of Middle-earth. However, what methods does it opt to strive for the cause? Number of dark wizards, orcs, and humans were enslaved and driven to spread the dark message and act upon the orders of their master, Sauron.

This method gives you infinite possibilities to expand your story. It opens doors to the possibilities of showing how do the antagonists, villains, and nemesis use their pawns/accomplices? There is a widespread range of ways to represent the means of interaction between the accomplices and the master. Does the master reward its enslaved?

As mentioned earlier, there is no one perfect way to do it. Yes, there are multiple correct and appreciated practices that demand to be followed in order to produce state-of-the-art content. Maybe there could be an approach that has an intelligent blend of all aforementioned techniques. 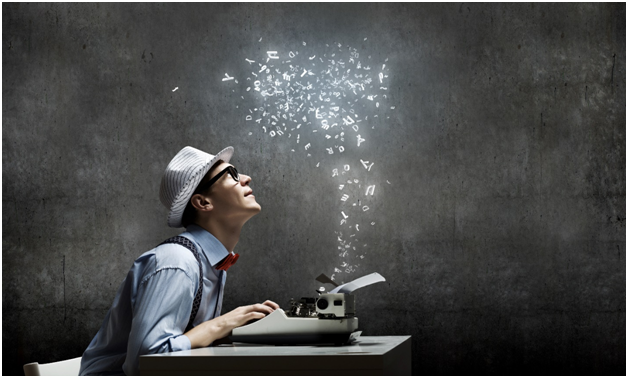